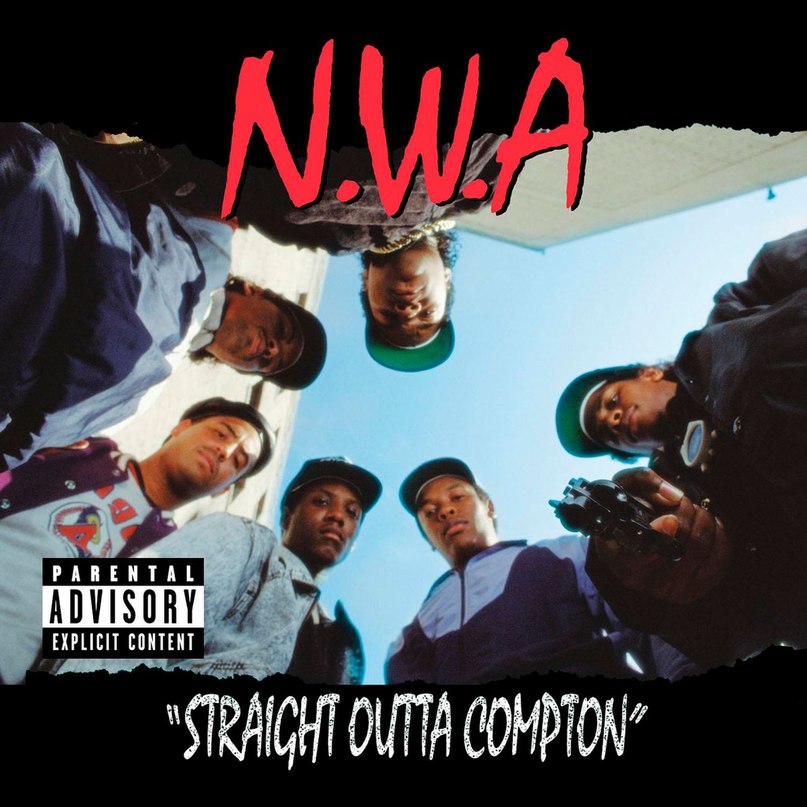 Here's a little somethin' bout a nigga like me
Never shoulda been let out the penititary
Ice Cube would like ta say
That I'm a crazy mutha fucka from around the way
Since I was a youth, I smoked weed out
Now I'm the mutha fucka that ya read about
Takin' a life or 2
That's what the hell I do, u don't like how I'm livin
Well fuck you!
This is a gang, and I'm in it
My man Dre'll fuck u up in a minute
With a right left, right left you're toothless
And then u say goddamn they ruthless!
Everwhere we go they say [damn!]
N W A's fuckin' up tha program
And then u realize we don't care
We don't just say no, we 2 busy sayin' yeah!
2 drinkin' straight out the 8 bottle
Do I look like a mutha fuckin role model?
2 a kid lookin' up ta me
Life ain't nothin but bitches and money.
Cause I'm tha type o' nigga that's built ta last
If ya fuck wit me I'll put a foot in ya ass
See I don't give a fuck 'cause I keep bailin
Yo, what the fuck are they yellin

When me and my posse stepped in the house
All the punk-ass niggaz start breakin out
Cause u know, they know whassup
So we started lookin 4 the bitches with the big butts
Like her, but she keep cryin
"I got a boyfriend" bitch stop lyin
Dumb-ass hooker ain't nuttin but a dyke
Suddenly I see, some niggaz that I don't like
Walked over 2 em, and said, "Whassup?"
The first nigga that I saw, hit em in the jaw
Ren started stompin em, and so did E
By that time got rushed by security
Out the door, but we don't quit
Ren said, "Let's start some shit!"
I got a shotgun, and here's the plot
Takin niggaz out with a flurry of buckshots
Boom boom boom, yeah I was gunnin
And then u look, all u see is niggaz runnin
And fallin and yellin and pushin and screamin
And cussin, I stepped back, and I kept bustin
And then I realized it's time 4 me 2 go
So I stopped, jumped in the vehicle
It's like this, because of that who-ride
N.W.A. is wanted 4 a homicide

Homies all standin around, just hangin
Some dope-dealin, some gang-bangin
We decide 2 roll and we deep
See a nigga on Dayton's and we creep
Real slow, and before u know
I had my shotgun pointed in the window
He got scared, and hit the gas
Right then, I knew I has 2 smoke his ass
He kept rollin, I jumped in the bucket
We couldn't catch him, so I said fuck it
Then we headed right back 2 the fort
Sweatin all the bitches in the biker shorts
We didn't get no play, from the ladies
With 6 niggaz in a car are u crazy?
She was scared, and it was showin
We all said "fuck u bitch!" and kept goin
2 the hood, and we was fin to
Find somethin else 2 get into
Like some pussy, or in fact
A bum rush, but we call it rat pack
On a nigga 4 nuttin at all
Ice Cube'll go stupid when I'm full of 8 ball
I might stumble, but I won't lose
Now I'm dressed in the county blues

Here's a lil gangsta, short in size
A t-shirt and Levi's is his only disguise
Built like a tank yet hard 2 hit
Ice Cube and Eazy E cold runnin shit

Well I'm Eazy E the 1 they're talkin about
Nigga tried 2 roll the dice and just crapped out
Police tried 2 roll, so it's time 2 go
I creeped away real slow and jumped in the six-fo'
Wit the "Diamond in the back, sun-roof top"
Diggin the scene with the gangsta lean
Cause I'm the E, I don't slang or bang
I just smoke motherfuckers like it ain't no thang
And all u bitches, u know I'